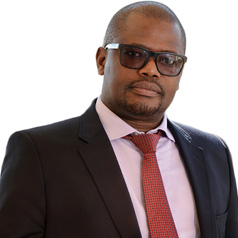 Makgale Mohlala joined the Commission in 2000. He was Cartels divisional manager, a Principal Cartels Investigator and a Principal Analyst at the Enforcement and Exemptions Division from mid-2008 to July 2014.

Mr Mohlala is credited for the establishment of the Cartels Division of the Commission, a division he oversaw at its early stages until it was formally launched. He led teams of investigators in some of the high profile cases investigated by the Commission such as the Cement Cartel investigation and the Construction Fast Track Settlement Project, including the 2010 FIFA World Cup Stadiums investigations.