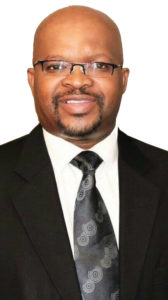 Sipho Ngwema was recently seconded to the National Prosecuting Authority (NPA)to join the newly appointed National Director of Public Prosecutions (The NDPP) which was “confident that Ngwema, with the experience that he brings, will be invaluable on this challenging trajectory of rebuilding the NPA to be the independent, professional, accountable and credible institution that all South Africans can truly be proud of…”

Ngwema rose to prominence as the Head of Communication and Spokesperson of the NPA and erstwhile South Africa’s elite corruption investigative arm, the Directorate of Special Operations (DSO), affectionately known as the Scorpions.

Respected by the media and his peers, Ngwema was awarded the inaugural co-Government Communicator of the Year in 2002. The following year, the most credible and independent news channel, etv, bestowed the same honour on him. He went on to represent the NPA and National Director of Public Prosecutions well at the Hefer Commission, a judicial inquiry established by the president to verify allegations against the head of prosecutions.