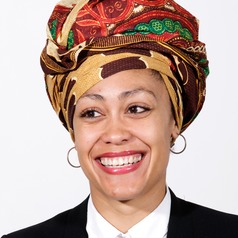 Tamara Paremoer is an economist with more than 15 years’ experience in the public and private sector. She is the Divisional Manager of Mergers and Acquisitions. Prior to that, she worked as Case Advisor to the Commissioner, Tembinkosi Bonakele, providing, amongst other things, advice on economic and strategic matters.

She has held several senior positions at the Commission including as first Inquiry Director of the Health Market Inquiry, Principal Policy Analyst and Head of International Relations. She previously worked as an investigator on several key abuse of dominance and cartel cases, including the supermarkets investigation, and the dairy, fishing, bread and wheat milling cartels.

She has also worked as an economist in the office of the President’s Special Economic Advisor, Ms Trudi Makhaya. Tamara worked as a senior economist at the Centre for Competition, Regulation and Economic Development where she provided training and research support on competition economics to competition authorities in Ethiopia, Kenya, Zambia, Zimbabwe and Tanzania.
Her research focused on assessing how regional value chains can support SADC industrialization, competition, concentration and inclusion in the South African economy and local economic development. She has also worked in leading management consultancies and in the FMCG sector. Tamara holds a MCom (Economics) from Wits University.